The story behind the concept.

Background Story
The story behind Powermind began when Lovisa Strömsholm, the founder and CEO of Powermind, went to high school. During this period, she felt a bit out of place and wanted to improve her self-esteem. Lovisa has always been very solution and result oriented, so she tried to improve her situation by everything from self-help books to meditation, but she didn’t think that any of them were good enough. By coincidence she found a self-hypnosis track on Pirate Bay, and it really made the difference.

In 2019, many years later, Lovisa worked with Investor Relations for public companies at NasdaqOMX Nordics. She started to feel stressed while working with echonomical reports and press releases. She went into the App Store and tried a few different mindfulness apps, but they didn’t give her that extra push like that soundtrack she had listened to while in high school. She therefore decided to quit her current job and launch her own mobile application: combining self-hypnosis with a booking system for private sessions. 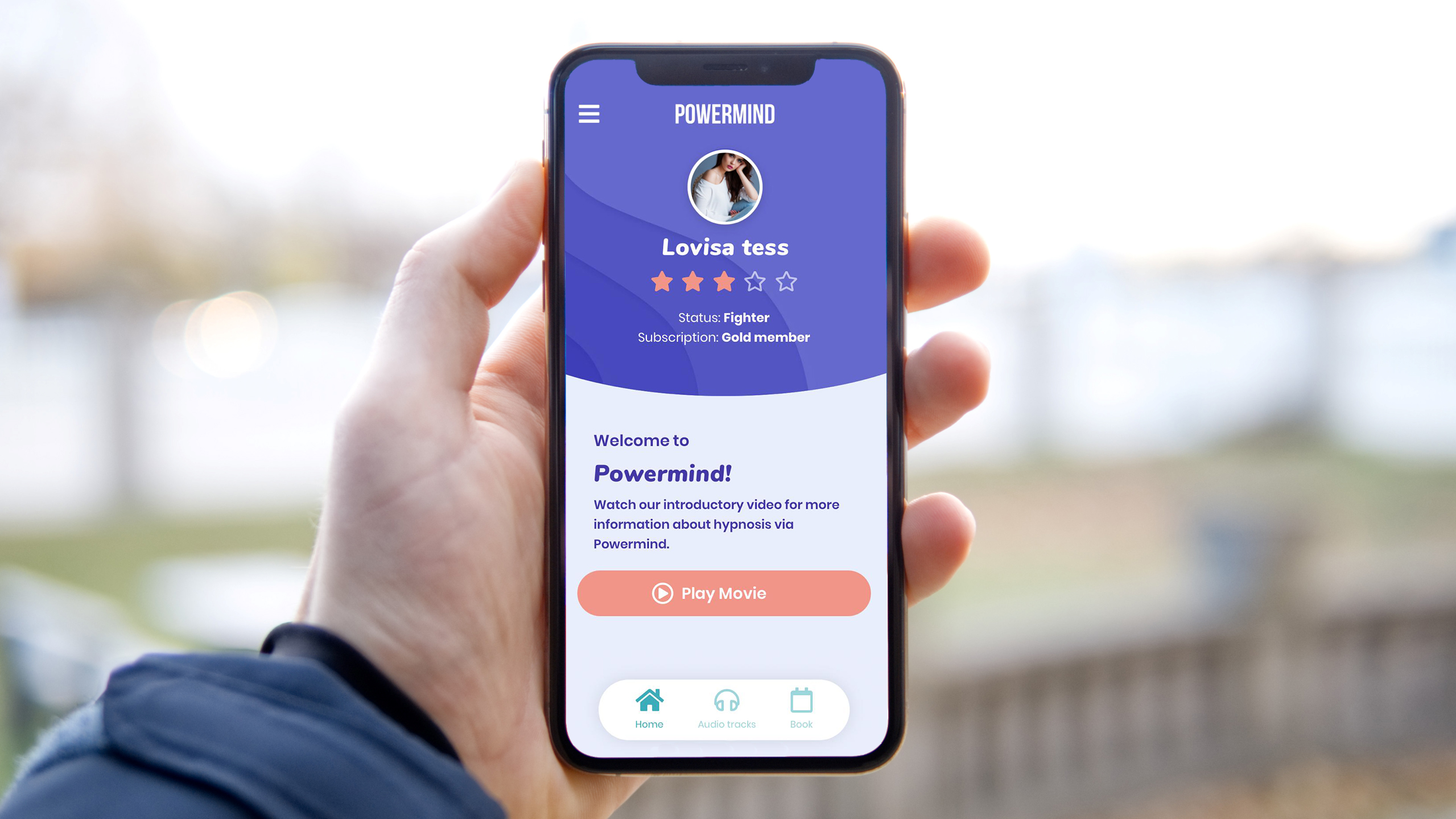 About the app
Powermind, a mobile application, was officially launched in July 2020 on the Swedish App Store and Play Store and has since then continued to help people through self-hypnosis and through private sessions in everything from reducing stress and anxiety, improving self-worth and self-esteem, increasing harmony and motivation, improving sleep, and enhance skills in social relations, job and career, education and sport.

Our mission
About 40% of the adult population is troubled by feelings of worry or anxiety, and almost everyone has an area they want to improve themselves in. Our mission is to provide a tool that can be used by everyone in order to feel better or to boost their skillset. We want to make self-hypnosis something cool and mainstream and build a community of Powerminders.

Audio tracks
Powermind's library contains a wide range of pre-recorded audiotracks with self-hypnosis in different themes and categories. With us you will find everything from hypnosis for better self-confidence to stress relieve, leadership coaching and job interviews. With Powermind you can listen to hypnosis in your home environment.

Bookings
In addition to pre-recorded audio tracks with hypnosis, Powermind also offers a booking system where you can find and book private therapists and hypnotists.

​Powermind's booking system allows users to send booking requests to the therapists and hypnotists connected to the app. The contact then takes place between the therapist and the customer.
Launching in English summer 2021. Sign-up now and we’ll let you know when you can start listening.
+ 600 soundtracks with self-hypnosis within a range of themes such as confidence, stress, sleep, relationships and coaching within job & career, studies, sports etc.
New themes released every week, and new features every month.
Register an account
OR
Sign up with Facebook
* Unable to create account
* User already exists
Sign up with Apple
By continuing to use Powermind, you agree to our Terms